WHICH FRENCH COURSE SHOULD I CHOOSE?

What describes you best?

You have very little or no knowledge of French

You have a very basic knowledge of French and a desire

You have a sound knowledge of French but are in need

of revision or improvement

You communicate in French with ease and want to refine and 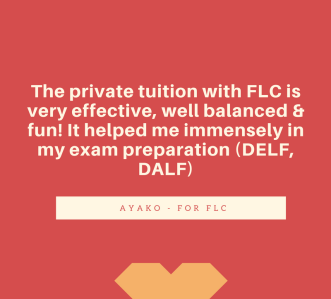 Whatever your background or your aim is, we have a course for you at FLC. Join one of our group class or improve your language skills with private tuition where you will benefit from all the help and care of one of our native and qualified teachers.

We offer free consultation and evaluation to start you  at the right level ! Have a look at the levels below  to get an idea and contact us for the next step. 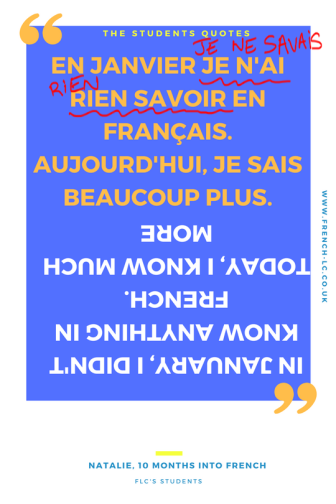 Where we give private French tuition

Ready for your free assessment ?

If you have any queries or wish to make an appointment, please contact us: